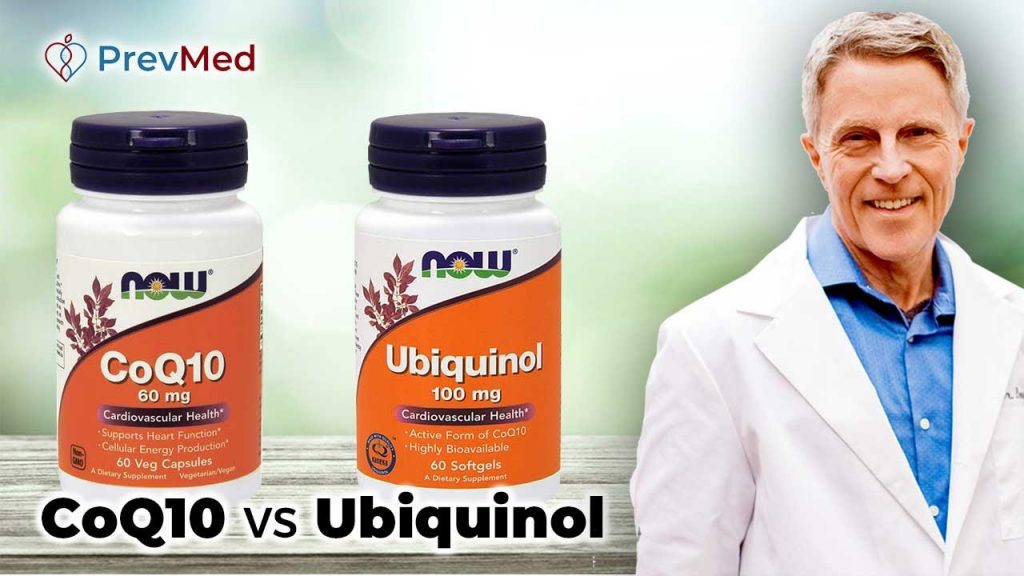 Because CoQ10 has a Tmax of 6.5 hours and an elimination half-life of 33.19 hours, it can be taken once a day. Chronic treatment results in a dose-dependent rise in plasma total cholesterol. Coenzyme Q10 is a type of coenzyme that is found in…

END_OF_DOCUMENT_TOKEN_TO_BE_REPLACED 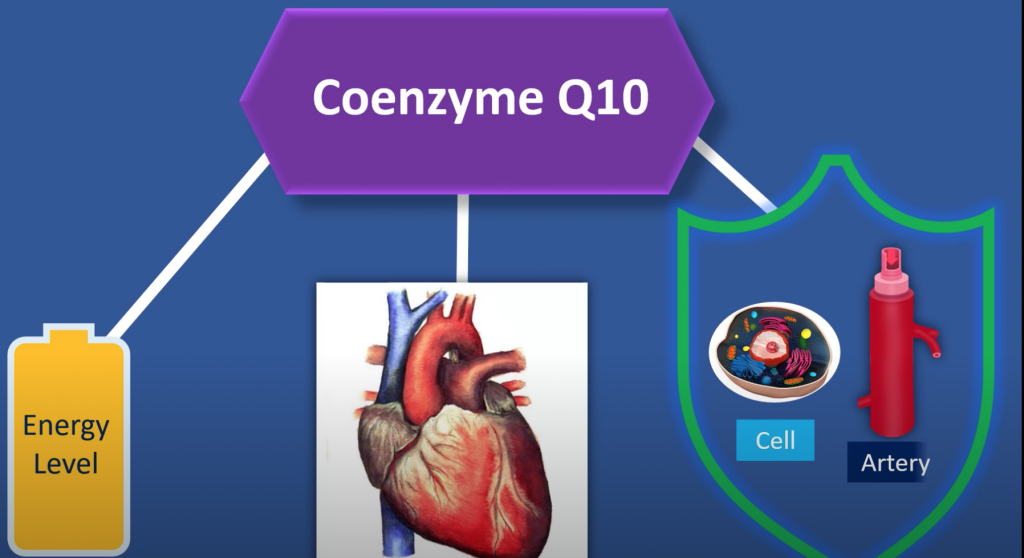 A comprehensive assessment of a person’s health provides us with the information we need to make therapy suggestions. The influence of genetics, on the other hand, is one of the less visible aspects of the overall picture. SNPs (single nucleotide polymorphisms) have been shown to alter a person’s ability to use dietary supplements. Is it possible that this factor is at play when taking coenzyme Q10?

The answer is yes, as it turns out. NQ01 is an SNP that affects the ability of the body to convert coenzyme Q10 to Ubiquinol. Let’s look at what happens there in more detail.

If you read our previous post, “Ubiquinol and Bioavailability: A 70% Better Solution,” you’ll recall that Ubiquinol is the preferred form of coenzyme Q10 in the blood, as well as the form in which it is best transported to the cell, where it plays a critical role in the production of energy from food. When you eat coenzyme Q10, your body immediately converts it to Ubiquinol.1

By adding two electrons and two hydrogens to coenzyme Q10, it becomes Ubiquinol. Coenzyme Q10 reductase, a particular enzyme that enables the two-electron reduction, is required for this transition to occur (both for coenzyme Q10 and other substrates). In young, healthy people, about 95 percent of the coenzyme Q10 in circulation is in its reduced form (ubiquinol). 2,3 If coenzyme Q10 reductase is made incorrectly, the transition may take longer to complete. As a result of the lower antioxidant activity, people with the NQO1 SNP are more vulnerable to oxidative stress and have a higher tendency to disease.

We can now analyse the blueprints for many genes thanks to the sequencing of the human genome. In a specific gene, we can see the distinct, typical variances between persons. SNPs can also be found in genes that code for enzymes, such as our target enzyme, coenzyme Q10 reductase. These SNPs can cause slight, or occasionally large, alterations in the enzyme’s action. NQ01 is the name of the gene that codes for coenzyme Q10 reductase. A SNP in the NQ01 gene causes a version of coenzyme Q10 reductase to be less efficient than other versions, because the SNP causes this version to be broken down much faster in the body than other versions. 4

Taking Ubiquinol provides the body with the desired and active form right away, avoiding the SNP issue entirely by obviating the necessity for the coenzyme Q10 reductase enzyme. Because Ubiquinol is a lipid-soluble antioxidant, this not only improves efficacy in the mitochondria, but also boosts oxidative potential.

Testing for an SNP in the NQ01 gene is not yet standard practise, but it will hopefully become so in the future. It’s a good idea to start with Ubiquinol, especially if coenzyme Q10 hasn’t worked in the past.…

END_OF_DOCUMENT_TOKEN_TO_BE_REPLACED 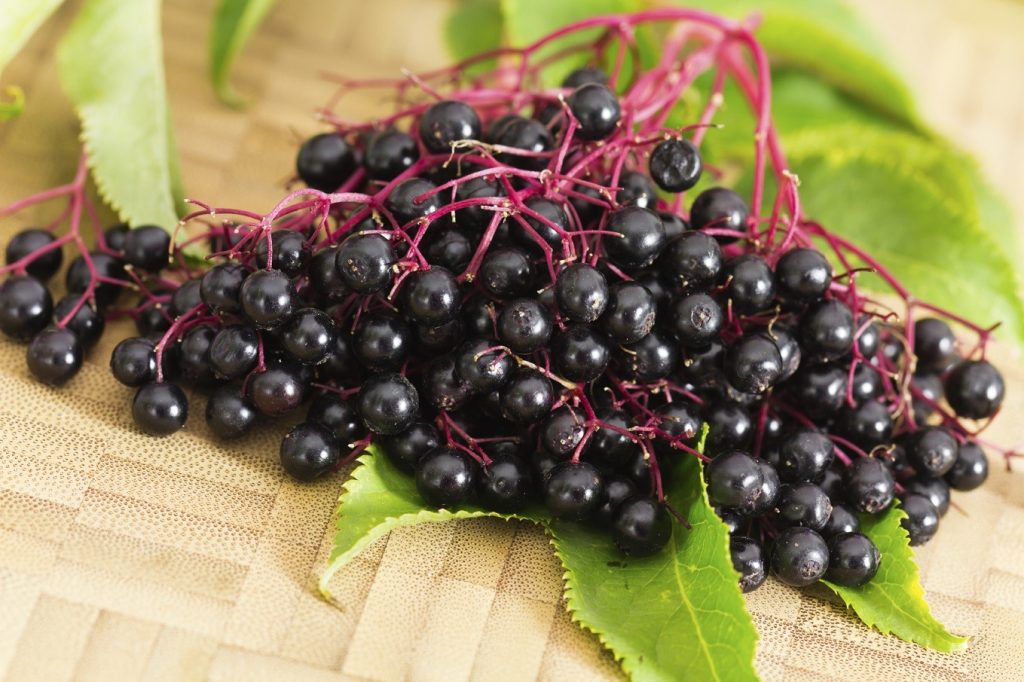 European elder (Sambucus nigra), also known as black elder and elderberry, is thought to be beneficial for the prevention and treatment of influenza and upper respiratory infections, though researchers are still debating which stage of infection it is most effective in and what the exact mechanisms of action are that lend elderberry its anti-viral effects. Sambucus canadensis (American elder) is a fast-growing, deciduous North American shrub with blooms and berries similar to Sambucus nigra. Elder flower extracts are also used to treat colds and flu. Only European elder berries will be discussed in this review.

Torabian et al1 studied the mechanism of action of elderberry and its principal anthocyanin component, cyanidin 3-glucoside, on influenza virus infectivity in an in vitro study published in the Journal of Functional Foods. Pasteurized whole-elderberry extract, as well as the isolated bioactive component cyanidin 3-glucoside, were tested at various doses in the study. The effect of these extracts at various doses on influenza virus activity at various stages of infection was the primary outcome investigated.

Elderberry had an inhibitory effect at all stages of influenza infection, but it was significantly stronger in the late stage than in the early stage; smaller concentrations (higher dilutions) of elderberry had partial or no inhibitory effect in the early phase, but those same concentrations had a significant inhibitory effect in the late phase. Furthermore, elderberry’s antiviral effectiveness against influenza was highest when it was administered before, during, and after infection, rather than just during infection. Elderberry’s antiviral efficacy on influenza is confirmed by a number of methods of action, including reducing virus entrance into cells, modifying the post-infectious phase, and limiting viral transmission to other cells, according to the study. Elderberry also increases the production of IL-6, IL-8, and TNF, suggesting that it has an indirect effect on the body’s viral immunological response. Elderberry, but not its main bioactive ingredient, cyanidin 3-glucoside, was found to have this effect.

Although no human clinical trials on elderberry for influenza prevention have been published, black elderberry extract has previously been found to inhibit human influenza A (H1N1) infection in vitro by binding to H1N1 virions and limiting the viruses’ capacity to infect host cells.

2 Elderberry was found to be effective against 10 strains of influenza virus in the same investigation, and its efficacy was compared favourably to the anti-influenza actions of oseltamivir (Tamiflu) and amantadine.

Torabian et al. released their mechanistic investigation, which was detailed above, almost simultaneously with the first meta-analysis of four randomised controlled trials on the effects of elderberry supplementation on acute upper respiratory symptoms.

3 Three studies (Zakay-Rones 1995,4 2004;5 Tiralongo 20166) looked at the entire length of time that upper respiratory symptoms lasted. Another study, Kong 20097, assessed symptoms across six symptom scales during the course of a 48-hour intervention. In the meta-analysis, 89 people in the elderberry group and 91 people in the control group took part (total 180). Three trials looked at the effects of elderberry treatment on confirmed instances of influenza or patients with symptoms that were consistent with an influenza infection. The effects of elderberry on symptoms associated with the common cold were investigated in the other trial.

Although the Tiralongo experiment on elderberry’s effect on common cold symptoms in air travellers failed to attain statistical significance, the amount of 90—135 mg of anthocyanins per day was significantly lower than that utilised in the Zackay-Rones studies (1,900 mg daily).

8 Kong utilised a 175 mg extract four times a day for two days in his study. This illustrates the large range of elderberry extracts available commercially.

These findings provide an alternative to using antibiotics to treat upper respiratory symptoms caused by viral infections, as well as a possible safer option to prescription medications for common colds and influenza. Elderberry appears to be most beneficial when administered before and throughout infection, albeit in the early stages of infection, a larger dose may be necessary to achieve considerable anti-viral activity.

*A word on safety: elderberries contain cyanogenic glycosides (such as sambunigrin), which are degraded in the gastrointestinal system to hydrogen cyanide.

9 Poisoning and hospitalisation have occurred in the United States after consuming undercooked elderberry products. 10 Smaller doses of these glycosides do not usually require hospitalisation, although they can cause nausea, vomiting, and diarrhoea in some people, especially youngsters. 11…